“Musically my roots are firmly in R&B and reggae. I grew up listening to Stevie Wonder Earth, Wind & Fire, Grover Washington Jr., Ronnie Laws, and these days you’ll find me listening to Jill Scott, D’Angelo and other neo soul artists”.

Alvin’s music combines an array of influences from Smooth Jazz and Reggae to Soul, R&B, House and modern pop. The result is a truly unique sound that takes from each of these genres without being defined by any one. Whether he’s covering chart-topping hits from the likes of Pharell, Alicia Keys and Drake or entertaining international audiences with his eclectic album cuts, Alvin always brings a signature soul to the saxophone, in any setting.

Alvin’s love affair with brass began at the tender age of 13. After honing his horn blowing skills on the cornet and trumpet at the Euphonius School of Music (ESM) in his native Birmingham, he finally found his calling on the alto sax. His proficiency with the instrument earned him entry into the local touring scene where he performed as a session player for a number of popular acts including Maxi Priest, Edwin Starr, The Foundations, Neville Staples (Specials & Fun Boy Three), Alton Ellis, Ken Booth, Dennis Alcapone, Macka B and Dennis Bovell.

After years spent gigging across the UK, Alvin was finally able to take center stage himself in 1992 with the release of his first studio album Let It Blow, a soul-baring debut that showcased a mixture of thumping beats and sensual notes. Let It Blow earned immediate critical acclaim on both sides of the pond, reaching number 3 on American Adult Contemporary Charts. The album also drew plaudits from a number of stateside admirers such as Bill Clinton, Arsenio Hall and none other than Prince himself.

This initial success was followed up with a string of equally well-received albums including 1994’s Let the Vibe Decide (No. 3 US Charts), 1999’s Take Flight (first independent album), 2007’s Commotion which introduced new urban flavors and grooves into Alvin’s musical repertoire, and his most recent album Dub the Jazz that brought Alvin back to the Reggae-infused influences of his youth. Throughout each era, Alvin has kept his ear to ground and worked to constantly reinvent himself as a songwriter, a musician and a producer.

Despite his long-established reputation as one of the Midland’s most successful jazz artists, he has managed to seamlessly transition into the digital realm. His strong presence on streaming platforms like Twitter, Spotify, Jango and NumberOne Music has allowed him to reach international audiences like never before. As a result, Alvin has been able to play his music for crowds all over the world from Thailand and Hawaii, to Mexico and South Africa.

Alvin’s forthcoming album Make a Stance sees him at the top of his game, delivering soulful sax melodies amidst a lush backdrop of rhythms and beats that draw from his experiences around the globe. Make a Stance showcases an artist that is constantly evolving his craft, even after decades in the business. 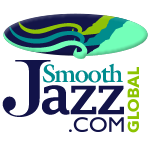